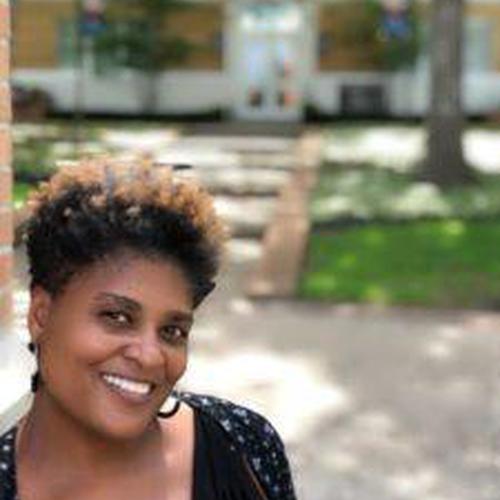 Talks covered by this speaker

Rules of Engagement: Knowing the Power of Your Narrative

Dr. Froswa’ Booker-Drew is the Founder and CEO of Soulstice Consultancy, specializing as a Partnership Broker and Leadership Expert for companies and organizations to thrive with measurable and meaningful impact. She also is the VP of Community Affairs and Strategic Alliances for the State Fair of Texas.

Dr. Booker-Drew is a passionate philanthropist and Co-Founder of HERitage Giving Circle. Her connectivity expertise and notable research is highlighted in quotes and profiles in major media such as Forbes, Huffington Post, Bustle, Ozy, and other outlets around the world.

As a professional speaker, Dr. Booker-Drew educates and expands upon various subject matter such as social capital and networking, leadership, diversity, and community development. She is well-regarded by national and international audiences and served as a workshop presenter at the United Nations on the Access to Power.

One of the most impactful life events for Dr. Booker-Drew was being featured in a documentary, Friendly Captivity, a film that followed a cast of seven (7) women from Dallas, Texas to embark on a remarkable journey in India.

Honors for Dr. Booker-Drew’s work include: Outstanding African American Alumni Award from the University of Texas at Arlington, Semi-finalist for the SMU TEDx, Woman of the Year Award by Zeta Phi Beta Sorority, Inc., Diversity Ambassador for the American Red Cross, and Dallas Business Journal Women in Business Award Honoree.

Dr. Booker-Drew earned her Ph.D. from Antioch University in Leadership and Change. She also attended the Jean Baker Miller Institute at Wellesley for Relational Cultural Theory and Facilitator Training on Immunity to Change. Further, Dr. Booker-Drew completed training through UNICEF on Equity Based Evaluations.

Dr. Booker-Drew is the published author of three books, Fly Away, Ready for a Revolution: 30 Days to Jolt Your Life and Rules of Engagement: Making Connections Last as well as a writer for several publications including Business Woman Media, a global platform where she served as an advice columnist for professional women.

Your logo could go here!

If you'd like to get your brand in front of attendees following the categories this speaker is talking about (on this page, via email and during each talk) contact us.
We use cookies This website (and some of its third-party tools) use cookies. These are important as they allow us to deliver an exceptional experience whilst browsing the site.